This mystery has stumped us for decades and you were the first to crack the case. We can't thank you enough! 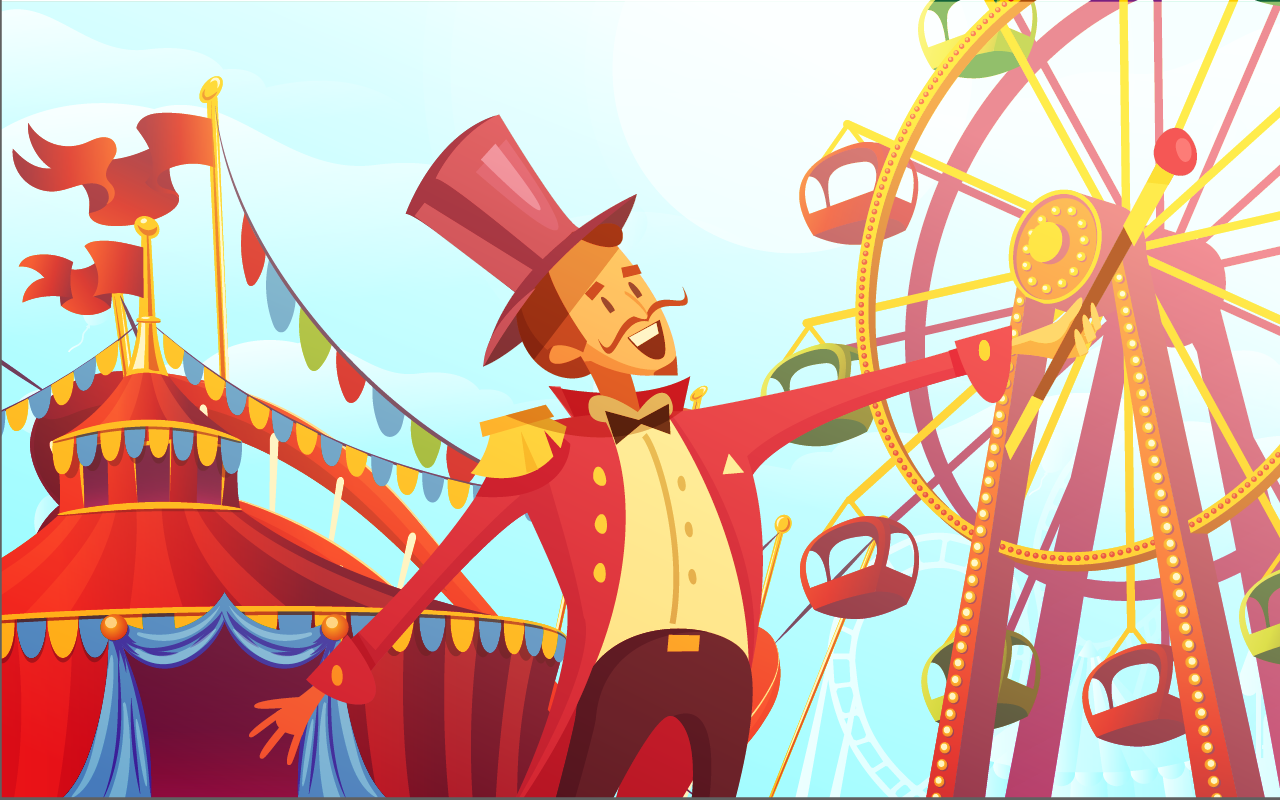 You’ve helped us solve the longest-standing mystery in club history!

The riddle that you solved was left behind by Helena Ashforth. She was the first in centuries to investigate Mr. P. Culars carnival from the inside and was actually our connection to find out more. We found out that “terminus vicis” is Latin for, “time limit”.

Since 1945 she had been trapped in time. What we found out about Mr. P. was truly bizarre.

Mr. P. Cular has existed for as long as time has been understood. The carnival was cursed by a witch centuries ago and has been using kids to keep itself running ever since. It was so long ago that the curse could only be uplifted by speaking Latin, which hasn’t been spoken for over 1000 years.

Helena made the riddle over many years as she was actually one of the first Mystery Adventure Club members. When she got trapped inside, she travelled through different carnivals and fairs in both the past and future. She went back to the 1920s Chicago in the heart of swing music, Expo 67 in Montreal, and across every county, state, and province across Canada and the United States throughout every generation. At all of these new locations, she began to notice these symbols appearing at different locations, and knew they had to have some sort of significance.

She eventually was able to create a translator from ancient texts she collected for many of the words and symbols. She left them behind for us in Kamloops in 2005. She then worked with many of the other kids who got stuck in the carnival to create the journal that contained all of our clues. We were told that we were the only ones who could possibly uplift the curse, as it could not be broken by someone stuck under its spell.

When you submitted the final answer to us, we finally had the key to break the spell. Not long ago we used the help of our friends at the International Spy Association to put a tracker on the carnival, so we could always know its location. Eventually, it led us to Niagra Falls where we found it once more.

Upon our arrival, knew we had to act quick. From the top of our lungs, we shouted, “TERMINUS VICIS” and what we saw amazed us.

The carnival began to spin just like a Ferris wheel. Faster and faster, until it stopped. All of the tents, rides, and characters disappeared, when suddenly dozens of doors appeared each with numbers listed above. They were labelled by years.

We headed to 1945 where we finally met Helena. She looked at us crying saying, “without your help, I’d never been able to go home”.

We watched her and every other kid that has been stuck walk through their doors and disappear back to where they came from. Because of you, everyone was able to go back and live the lives they were meant to. We could not have done this without your amazing work. Congratulations once again.